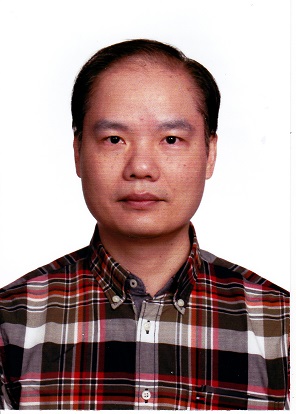 This document is the first part of a series, and provides an overview of MACsec technology, data plane overhead, basic configuration and platform support. MACsec is a line-rate Ethernet encryption and works at Layer 2, with hop-by-hop links. MACsec is based on IEEE standards, and is supported in Cisco’s NCS-5500 and many other Cisco Platforms. MACsec products based on IEEE MKA standards will interop with each other seamlessly.

Some of the major MACsec benefits are,

As MACsec is the hop-by-hop encryption technology, Frames gets encrypted as it leaves the wire (PHY or FPGA post NPU operation) and gets decrypted before it ingress to NPU. So NPU will have complete view of data and will be able to provide any services required to these packets.

Secure Channel (SC) is a security relationship used to provide security guarantees for frames transmitted from one member of a CA to the others. An SC is supported by a sequence of SAs thus allowing the periodic use of fresh keys without terminating the relationship.

Connectivity Association Key (CAK) is a long-lived master key used to generate all other keys used for MACsec. In our implementation, it is the Pre-Shared Key (PSK) configured through a key chain. CAK is a hex string of 16 bytes for AES 128bit cipher and 32 bytes for 256bit cipher.

CAK Key Name (CKN) It is used to identify the CAK. It is a hex string of 1 to 32 bytes. CKN has to be same on both side to form session successfully.

Secure Association Key (SAK) is derived by the elected Key Server from the CAK and SAK is used by the router/end devices to encrypt traffic and decrypt traffic for a given session.

Key Sever Priority is the optional value, which can be configured in MACsec policy.

Key server (KS) is the one, which controls key generation and distribution of SAK to clients (Non-KS). Device with lowest key server priority value preferred to win key server election. In case of tie, lowest value of SCI wins. MACsec inserts two tags for all data frames, which egress the interface. Which are SecTag and ICV. The value of these additional overheads can be from 16 to 32Byte maximum. Both SecTag and ICV can vary from 8B to 16B depending upon the information it carries and cipher it uses. SecTag carry an 8 byte SCI that is optional. The authentication is provided to the complete frame except CRC and ICV part, which resides at end of the frame. And Encryption is provided starting from VLAN header (if used) till Payload.

Cisco’s implementation always uses 16B SecTag and 16B ICV, so the data plane overhead is 32B.

One common use case of NCS-5500 can be link MACsec on all regular IP core / MPLS core devices which are generally part of service provider network. MACsec can simply be enabled on all back to back links over IP/MPLS core devices as an underlay protocols. This will still get you the high-speed lean core network with complete security provided by MACsec encryption as MACsec works on wire speed.

As you can see in above figure, MACsec is enabled between each links connected between each core devices on your WAN from PE to PE. Take a look at below figure, which gives the comparison of different possible frames over IP/MPLS network in both clear and encrypted format. As you can see, Encryption starts right after Source MAC address and ends just before FCS in all kinds frames gets into IP/MPLS core.
MACsec over bundle is supported on NCS55xx family of products. MACsec is enabled on all bundle member interfaces individually and we will have separate sessions for each member as MACsec works on MAC layer. Since MACsec is enabled on per member interface basis, we can have bundle, which contains mixing of MACsec and Non MACsec enabled links as member of same bundle interface.

MACsec can be configured in 3 simple steps:

MACsec is supported on both modular and fixed platforms. However, on some platforms, not all ports will support MACsec. Below is a summary of the platforms with support ports highlighted.

Please note there is no 1G or 100M support for MACsec.