S01E09 Mixing Base and Scale Line Cards in the same Chassis

In previous posts… We detailed how routes are stored in systems with or without external TCAM, based on Jericho or Jericho+ forwarding ASICs, with URPF, in VRFs, …

You can check all the former articles in the page here.

Let’s address today a recurring question: “What happens if you mix different types of line cards in a chassis?” and we will add the question people should ask more often: “Where do I position the Base line cards and the Scale line cards in my network design?”.

We have today 7 different line card types offering a variety of services: 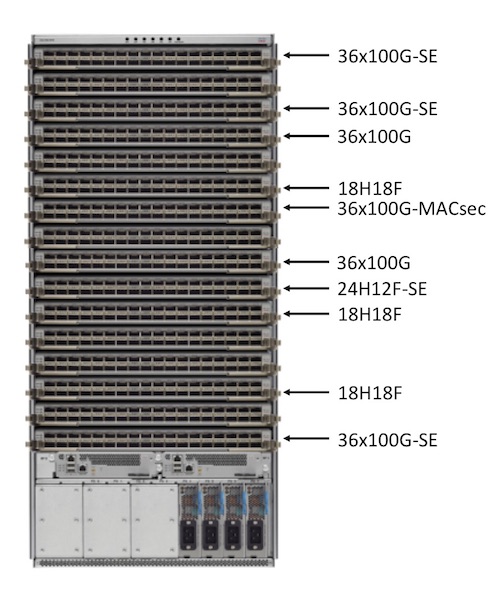 Below, a 8min video covering this topic. 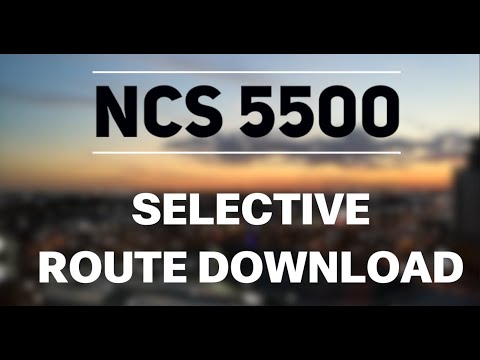 Now, let’s introduce this feature used to granularily decide where the routes should be populated.

It’s named “Selective Route Download”, the name is self-descriptive :) We will use it to decide where a given route is meant to be programmed: in the Base line cards, in the Scale line cards, or both. 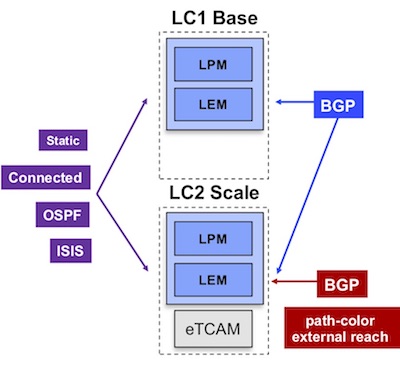 We can decide to mark these BGP paths in multiple ways. Here are two configurations example, but it’s not limited to them.

In this second example, we don’t differentiate the routes from their peer of origin but more from their nature (for instance the prefix length).

We could easily imagine other situations where the BGP routes would be marked with specific communities by internet border routers and the local router would take reach-only marking decision based on these communities.

The route now carries the color as a locally-significant attribute and we can verify it with simple “show route” CLI:

To understand where the different types of line cards should be positioned in a network architecture, it is important to understand how the packet routing decision happens. The NCS5500 behaves differently than traditional IOS XR platforms like CRS, ASR9000 or NCS6000. In these platforms, we used a two-step lookup model where both the ingress and egress line card ASICs/NPUs are involved. Let’s take an ASR9000 as example: both the -TR and -SE line cards have the full routing view and the difference between the position of the two is related to specific features like QoS but not linked to the route scale.

In the NCS5500, -SE and non-SE line cards have the same QoS capability but different route scale. The lookup happens mostly in the ingress pipeline of the Jericho/Jericho+ ASIC as shown in this diagram.

It implies that the ingress blocks need access to the database where are stored the routing information (route, next-hop, load-balancing info, …).

To decide where should be positioned each type of line card, you have to take the perspective of the packet :) When a packet needs to reach some destination on internet, the ingress line card must have the full view and it’s expected it will be the high(er)-scale board.

In the following diagram, we illustrate it with two routers. One is facing the internet (peering role), and the other one is connected to an internet content server (DC role). Both are connected to the core network (full IP or MPLS).

On the Peering router:

Considering that current DWDM and the MACsec line cards are non-SE, they can be used to reach distant internet exchange point (IXPs) and if needed can be encrypted. But if we want to position such cards for core-facing interfaces, ie. with 100G/200G colored ports and/or MACsec encryption, we will need the MOD-SE line card (planned for the end of calendar year 2018).

On the DC router.

Another example where CE devices need to reach other CE devides through a MPLS VPN network.

Selective Route Download permits a very flexible selection of the BGP prefixes that needs to be programmed only in the -SE line cards. It’s easy to configure and operate, and it allows the mix of Base and Scale line cards in the same chassis.