This short post will help understanding how the ports are allocated to NPU for each line card and systems. It will be useful for future post(s) and particularly on topics like Netflow/IPFIX.

For example, it’s important to understand the way our ports are distributed among forwarding ASICs when considering the amount of sample traffic from an NPU to the LC CPU is shaped 133Mbps or 200Mbps. 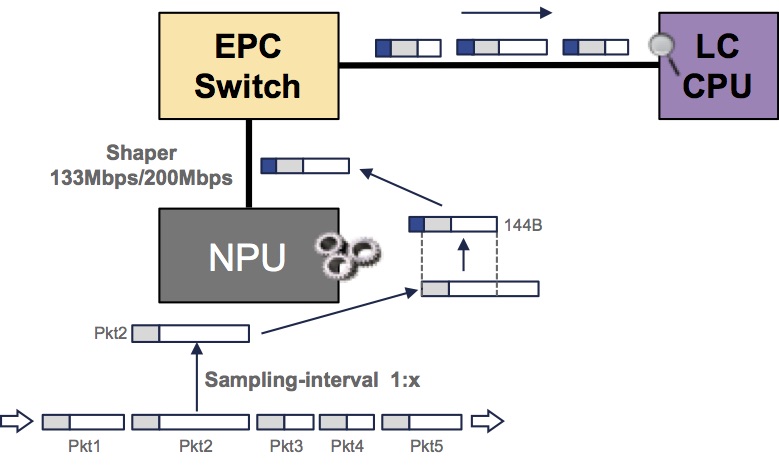 Let’s review platform by platform and line card by line card, how we do this allocation. The following CLI is used to identify the port assignment, looking at the “local” VOQ port type. 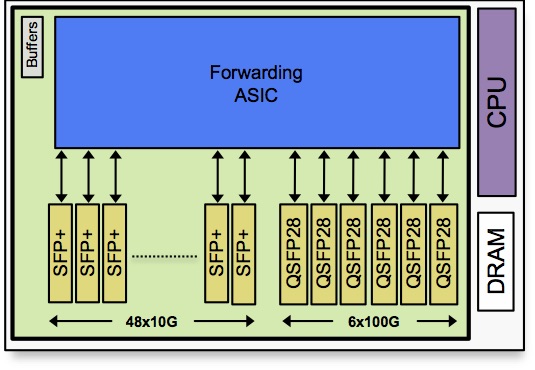 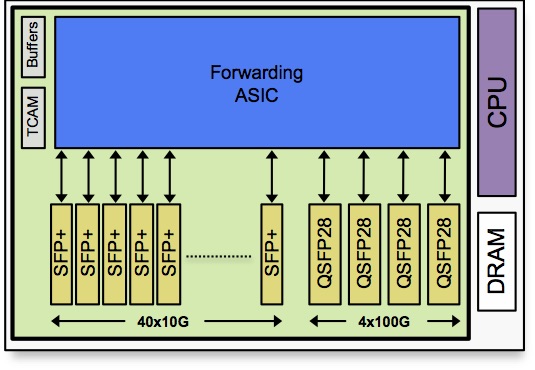 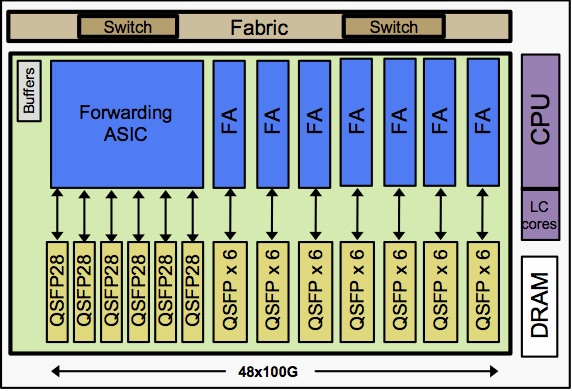 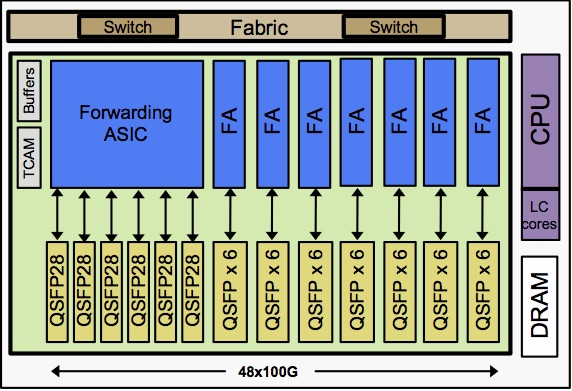 2RU chassis made of a single Jericho+ ASIC.

This is 1RU box with 2xJ+ ASICs. It is available in only base version powered with Large LPM. It is also capable of MACSEC and Timing.

System-on-chip with one Jericho+. Capable of Class B timing and MACSEC on only 100G ports and 16 out of the 24x SFP28. Oversubscribed by 1.44 Tbps

System-on-chip with one Jericho+. Capable of Class B timing and MACSEC on all ports. It is powered by Large LPM. Oversubscribed by 1.44 Tbps

First fixed platform based on a single J2C ASIC but offering a lot of flexibility via its Modular Port Adapters. 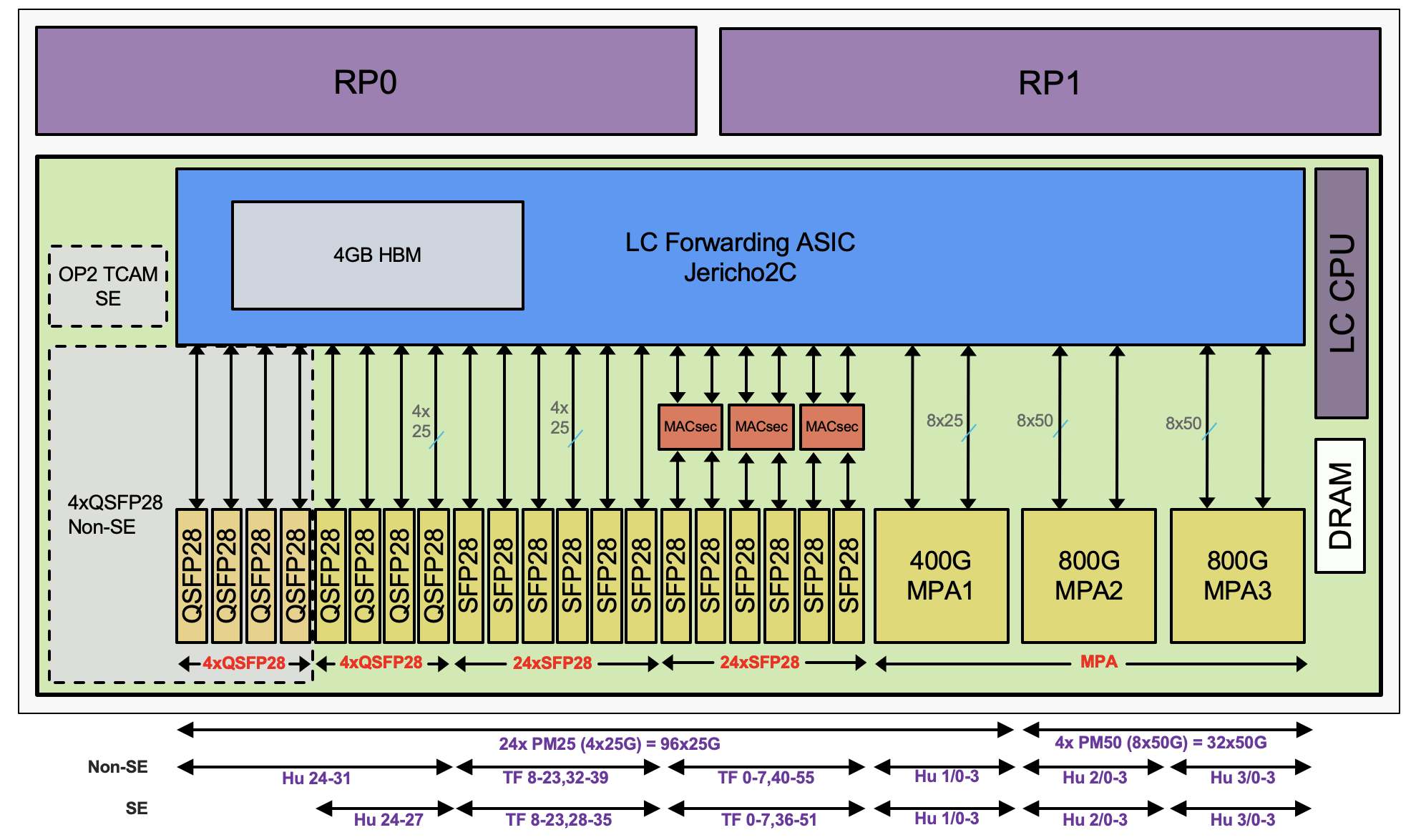 Jericho 2C is made of a single core, the chart becomes very simple ;)

In these cards we have 6 Jericho ASICs. 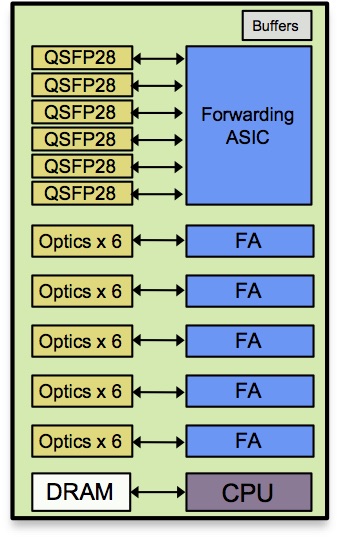 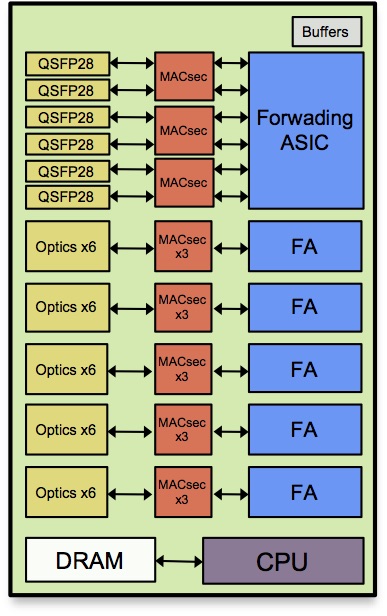 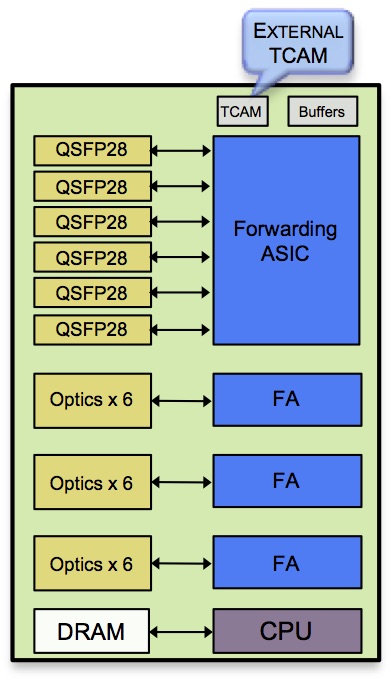 By default, the base combo card offers 36 ports 40G, and it’s possible to upgrade half of them to 100G. This line card is made of 3 Jericho ASICs. 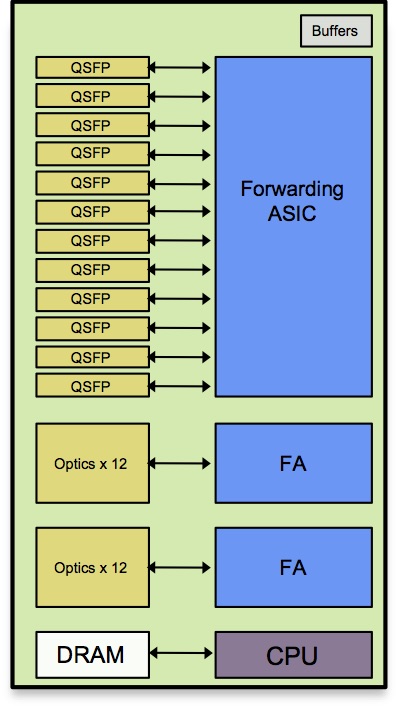 By default, the scale combo card offers 36 ports 40G, and it’s possible to upgrade two third of them to 100G. This line card is made of 4 Jericho ASICs with eTCAM. 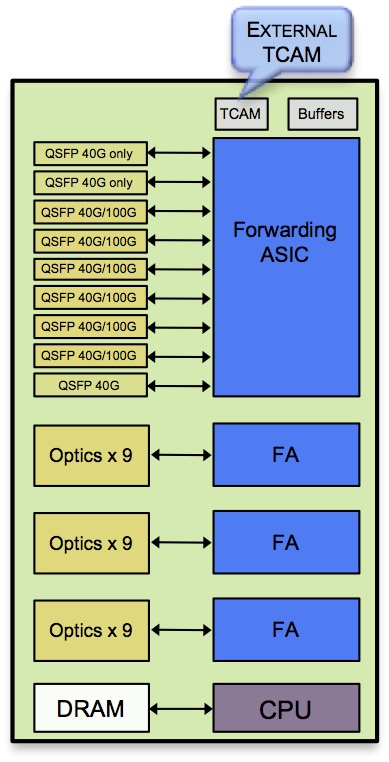 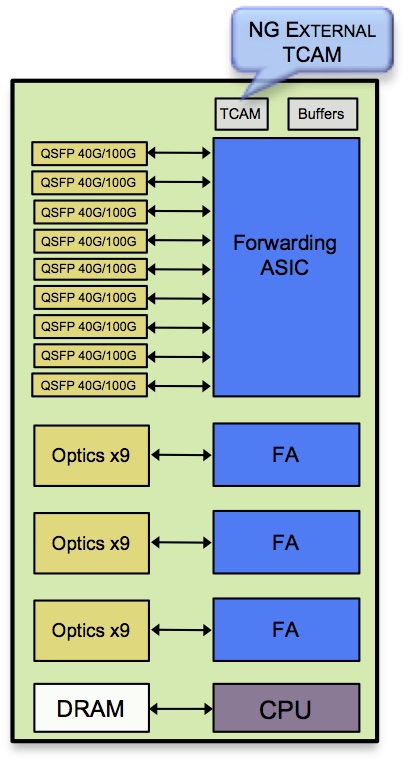 The modular line card is offering fixed ports but also 2 bays for MPAs, powered by a single Jericho+ ASIC.

High Density Line card with combination of 100G and 400G native ports. It is based on 2xJ2 chipset. Allows Flexible combination of 400G/100G/200G/40G optics and breakout options.

Line card offering 100G connectivity (up to 3.6Tbps) and high scale routing. It is based on a single J2 chipset and OP2 eTCAM.