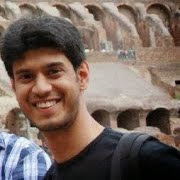 With the recent announcement that IOS-XR will now be available on a curated set of third party network hardware, let’s dive a little deeper into technical details of the integration. In this ongoing series of technical blogs, we’ve demonstrated how IOS-XR with model driven APIs at every layer of the stack enables us to easily integrate with a wide variety of community tools and protocols.

This time I’d like to explain what it takes to enable a Network Operating System (NOS) on whitebox hardware and showcase how IOS-XR with suitable abstractions at the platform integration layer enabled us to port it to select OCP-compliant hardware for the Service Provider Access market.

In the video below - we show IOS-XR running on OCP compliant hardware, installed and brought up using ONIE and seamlessly integrated with the platform’s capabilities:

Before we discuss details, let’s review the various layers of a generic network stack. In case of IOS-XR, these layers have evolved over time to accommodate different networks with varied software and operational requirements.

“Layers” of the Network Stack

Thus, today when we break down a network device, its constituent parts look something like:

The figure below (click to expand) shows how IOS-XR’s architecture maps to these layers: In this blog, we’ll focus primarily on the layers that lie at the interface of the network software and the hardware i.e. the integration of IOS-XR with platform sensors, optics and the use of OCP technologies (such as ONL modules and onlpdump) to enable it.

How we enabled IOS-XR on whitebox hardware

There are four primary steps to enable a NOS on third-party hardware:

This may seem obvious but is an important first step to ensure smooth portability of the vendor software on third party network hardware.
Since we are using OCP-compliant hardware, we get to utilize the ONL driver code/modules on github.

Ultimately when selecting a NOS, integrators look for hardware with a mix of:

There are a number of hardware platforms that are already OCP-compliant and several others that are still under review.

In this blog we describe integration with one of the hardware platforms we selected based on our customer requirements: the Edgecore-AS7816-64x, 100GBE platform that provides line-rate L2 and L3 forwarding across 64 x QSFP28 ports.

2. Integrate with the Platform

We will show how IOS-XR already contains a platform abstraction layer that allows it to hook up with ONLP and integrate with the underlying platform.

While the OEM vendor provides the APIs/modules that expose functionality of the platform components such as fans, psu modules, leds and sfps, The ASIC SDK comes from the ASIC vendor. For example, Edgecore-AS7816-64x platform uses the Broadcom Tomahawk II (56970) ASIC.

Broadcom provides an Open API on top of their SDK called OpenNSL for integration with a Hardware Abstraction Layer (HAL) in the NOS.

4. Provide a NOS installer for a bootloader such as ONIE

Once you’ve built a NOS capable of running on the selected hardware, you need some way for the device to install and boot the NOS. ONIE may be the available bootloader for the system. It is very well documented and details can be found here:

To build an ONIE-compatible installer, follow the instructions in the developer section:

IOS-XR NOS image is packaged up into an ONIE-compatible NOS installer called iosxrwb-k9.amd64.installer. This installer is then fetched and installed using ONIE on the whitebox hardware.

Putting it all together

Let’s summarize the decision stages described above. The different touch points (Platform Integration and ASIC-SDK integration) in play are showcased below: The BSP contains the ONL modules for the platform, compiled into the kernel. Typically, the NOS (IOS-XR) contains the Platform Abstraction Layer to integrate the platform either by using ONLP APIs or directly reading from the sysfs paths exposed by the installed kernel modules. The Optics Abstraction layer integrates with the optics device-driver/kernel-module for the platform and handle Optics in the NOS inventory directly. In the future, we can look at hooking up the OOM (open optical monitoring) layer with the optics abstraction layer for more enhanced functionality. The ASIC SDK API hooks up to a HAL (Hardware Adaptation Layer) that would in turn provide north bound APIs to the NOS layers such as FIB for route or label programming.

The deployment models for a NOS are a function of how an integrator views the software being deployed on whitebox hardware:

This deployment model is used when the vendor NOS (IOS-XR) is viewed as “a complete Software Stack” responsible for the Linux distribution(rootfs and the Kernel) as well as the protocol stack capabilities. IOS-XR is packaged up into an ONIE-compatible installer and is brought up on the system natively. This installed NOS contains all the kernel modules necessary to work with the platform and the ASIC in question.

This deployment model is used when the vendor NOS (IOS-XR) is viewed as an “application” on top of a custom OS and is responsible only for the abstraction layers and the protocol stack capabilities. The Linux distribution(rootfs and kernel) running natively on the platform is installed and set up by the integrator. As shown above, IOS-XR is packaged into a container image (Docker, LXC etc.) and published into a either a private or a reachable repository (Docker registry for example).
The network operator can then pull and load the container image directly onto the custom OS using the installed container daemon or through a combination with configuration management tools like Ansible, Puppet, Chef etc.

So, the burning question: What does the integration of IOS-XR on OCP hardware actually look like?.

Since I have an Edgecore-AS7816-64X lying around, let’s begin by setting up a DHCP server to respond with a default-url option and a web server with the ONIE-compatible NOS installer for IOS-XR.

The relevant ISC-DHCP server config snippet is shown below:

Notice the yellow highlighted default-url pointing to the ONIE-compatible NOS installer for IOS-XR: iosxrwb-k9.amd64.installer. This is the native deployment model described in the previous section. The installer contains the complete Software Stack replete with the kernel modules that help integrate with the platform and the ASIC. Further it contains a Wind River Linux (WRL) distribution (rootfs and kernel).

Let’s attempt to fetch and install this image by rebooting the network device.

NOTE: If there is a NOS already installed on the device, then the NOS might have options to force the device to boot into ONIE mode directly. If it does not, make sure you select the ONIE loader when the relevant screen pops up upon reboot. As is evident, I begin by selecting the Uninstall OS option first. This will force the device to erase internal mass storage devices and remove the existing NOS, before rebooting and attempting a fresh install through ONIE. Upon reboot, the Install OS option should automatically get selected, thereby triggering the download of the ONIE-compatible installer image of IOS-XR based on DHCP interactions with the dhcp server: Awesome! The default-url option set up on the dhcp server allowed ONIE to pick up the url for the NOS installer and start expanding and booting it.

The next step is ZTP - enabling IOS-XR on the whitebox platform automatically ensures that capabilities such as ZTP become available for use. If you haven’t heard about ZTP yet, hop over to these great tutorials and blogs on xrdocs:

This script is set up to configure an admin user on the system and apply a configuration that enables basic features such as ISIS, LACP etc.

In the end, we are presented with a familiar login prompt if we connect to the box over SSH:

And there you have it - IOS-XR running on an OCP compliant platform.

As mentioned earlier, platform integration involves hooking up the abstraction layers (platform, optics) within IOS-XR to the capabilities exposed by the kernel modules available from the ONL repository while also enabling onlpdump [optional] in the linux user-space.

To begin with, let’s look at the kernel modules installed on the system:

Now let’s compare some of the outputs from IOS-XR and onlpdump on the same system to see how they match up:

The combination of ONLP and IOS-XR’s platform integration resembles IOS-XR’s integration with Cisco Hardware such as the NCS5500 or NCS5000 series.

Where do we go from here?

In future blogs, we intend to have a deeper discussion on the underlying technology we used in our integration and show how some of IOS-XR’s carrier grade features behave on OCP-compliant hardware (Spoiler Alert!: pretty well 😀).