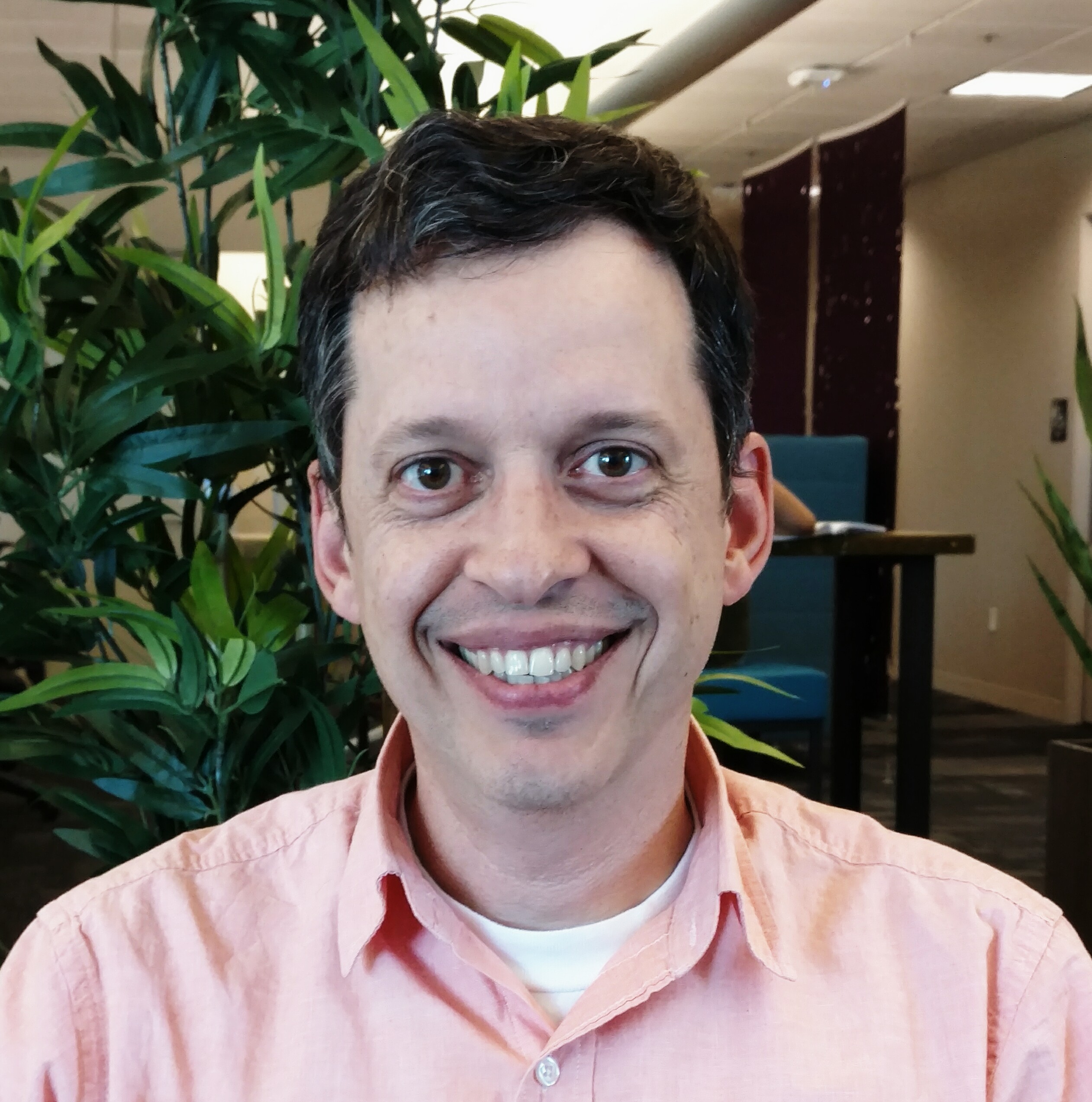 A Chinese translation of this blog can be found HERE

Time for another interop

I have represented Cisco for more than 8 years at EANTC-sponsored interoperability events. Going back to 2008, I have experienced more pleasant Berlin winters than I could have ever imagined.

But seriously and in retrospective, it is fascinating to have witnessed several technology (and even political) battles and transitions that shaped the networking industry. Many technologies and entire companies have had short and unsuccessful lives. In my opinion, during the late 2000s our industry was deeply distracted and as a result wasted brain / development cycles in fruitless endeavors; remember PBT, PBB-TE, T-MPLS, MPLS-TP, OpenFlow?

However, one technology has always remained strong – and that is MPLS. During the hype days of OpenFlow, several so-called experts questioned the future of MPLS in operator networks. At that time, Cisco was starting the journey with Segment Routing (SR). In November of 2012, Cisco Fellow Clarence Filsfils first disclosed the SR concept to network operators. And just one year later, a new working group was officially formed at the IETF - Source Packet Routing In Networking (SPRING). And in 2015, EANTC was already conducting the first public SR interop event. Fast-forward to today and this interop provides the latest proof-point of overwhelming multi-vendor support for SR.

Another technology with a successful trajectory is Ethernet VPN (EVPN). Initially, it was positioned as the next generation solution for Layer 2 VPNs and in particular for Layer 2 Data Center Interconnection (DCI) and multipoint Ethernet LAN (E-LAN) services. From there, it quickly evolved to accommodate other usecases such as point-to-point Ethernet Line (E-LINE) and point-to-multipoint Ethernet Tree (E-Tree) services. Currently, EVPN usecases cross beyond Carrier Ethernet and are deeply entrenched into the datacenter for both intra-subnet and inter-subnet forwarding. In 2013, I was part of the first public interop test of PBB-EVPN at EANTC. In the last five years, multi-vendor support and sophistication of test scenarios have been growing steadily.

But enough of the history lesson!!! Let me move onto the important part of this blog

My goal is to provide a technical overview of Cisco’s participation at this year’s interop showcase with platforms powered by the IOS XR operating system. From a technology perspective, my focus will be on SR and EVPN test areas. Be aware that Cisco was also represented by our Datacenter product line and the Network Services Orchestrator (NSO).

First, I strongly recommend the reader to go over EANTC’s official public whitepaper. Complementing the information on their report, I take a step back hoping to provide further context and perspective of the results – Why should I CARE ABOUT the event? What do these results REALLY represent? Then last, I provide further insight as to what operators should keep in mind when evaluating vendor offerings – What ELSE to keep in mind beyond the results in the report?

With one of the largest vendor participation ever (21 in total) and over 60 device types, this event had the potential to become very meaningful for network operators. And in my view, the event met such expectations. 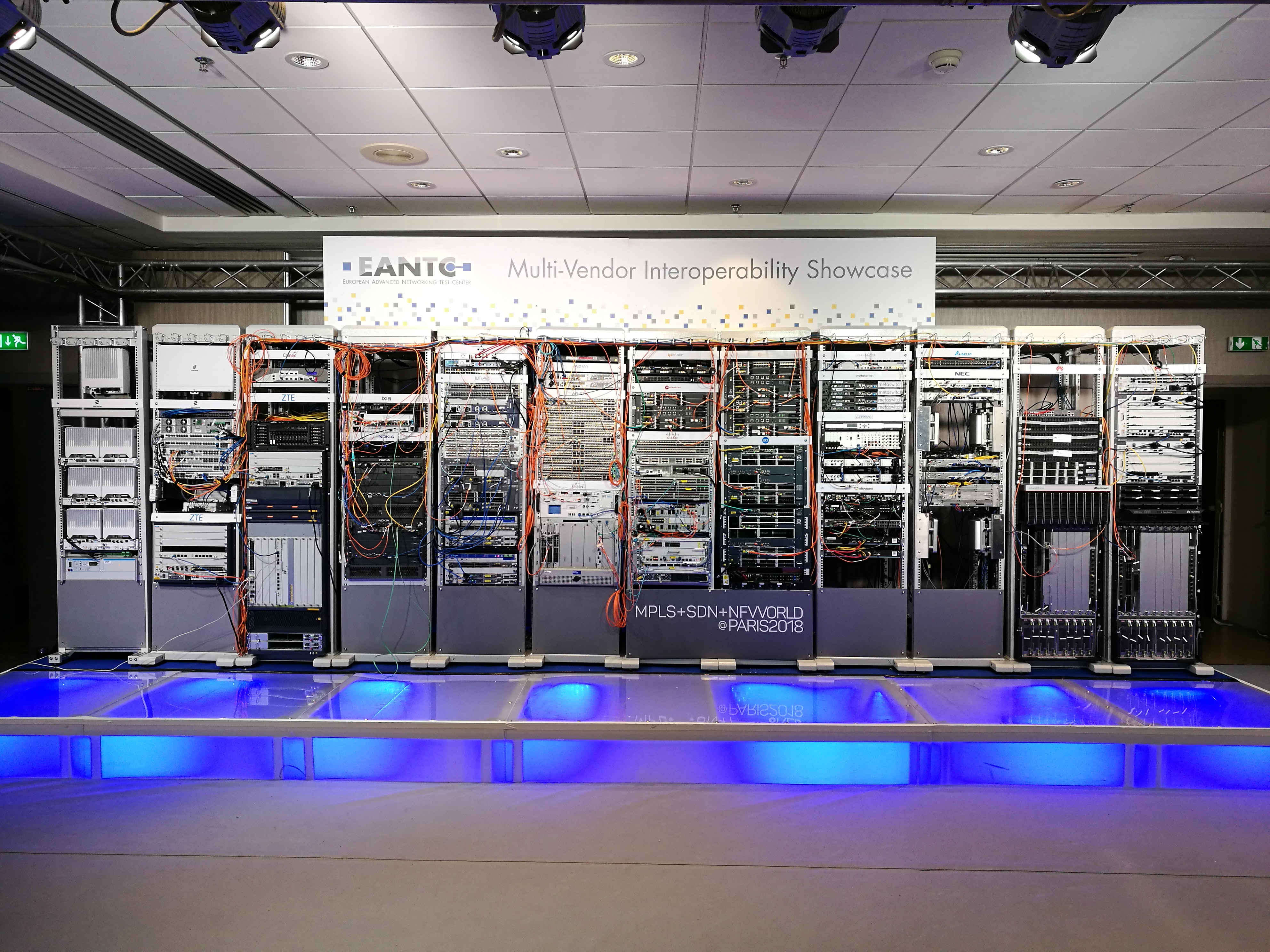 I describe EVPN related facts later in the blog

At this year’s event, Cisco IOS XR product portfolio was represented by the Cisco ASR 9000 and NCS 5500 product families. For the NCS 5500, it was its debut at the showcase. Also another first time, was the participation of Cisco IOS XRv9000 virtual router acting as a virtual SR Path Computation Element.

Let’s delve next into the main test categories …

It is critical for operators to provide services with SLA guarantees and to automatically restore connectivity in the case of a network component failure. By relying on Segment Routing, Topology Independent Loop Free Alternate (TI-LFA) provides a local repair mechanism to achieve this goal. With behaviors described in an IETF draft, TI-LFA provides key benefits, including:

As a result of these benefits and based on our deployment experience, TI-LFA remains one of the main drivers behind SR deployments to-date. TI-LFA has been one of the key areas of execution for Cisco since we started shipping it in 2014.

With this in mind, we welcomed the addition, for the first-time, of TI-LFA testcases to EANTC’s interop. Highlights of Cisco’s participation include:

Lastly, here are key aspects NOT COVERED by the report and that MUST always be considered as you evaluate TI-LFA implementations:

For more information, I suggest reviewing this TI-LFA tutorial and TI-LFA demonstration

Segment Routing’s ability to address traffic engineering (TE) use cases is one of the most sought-after applications of the technology.

The SRTE architecture IETF draft describes in detail the behaviors and mechanisms that allow a headend node to direct traffic along a path in the network using “SR Policies”. Based on the source routing paradigm, all state is encoded at the headend node using an ordered list of segments. As a result, SRTE no longer requires state to be maintained at intermediate nodes as it was the case with legacy TE solutions.

The segment routed path of an SR policy can be derived from a number of choices, including computation by a centralized PCE. An IETF draft describes PCEP extensions for SR that allow a stateful PCE to compute and initiate TE paths, as well as a path computation client (PCC) to request a path subject to certain constraint(s) and optimization criteria in SR networks.

Overall, this was one of the MOST active areas at the interop and where I personally spent most time on. With one of the largest number of positive results achieved, EANTC reported over 30 successful combinations of different PCE-PCC vendor / products.

Cisco’s participation in this test area can be broken into 2 categories – as a PCC and as a PCE.

Highlights of Cisco’s participation as PCC include:

Highlights of Cisco’s participation as PCE include: 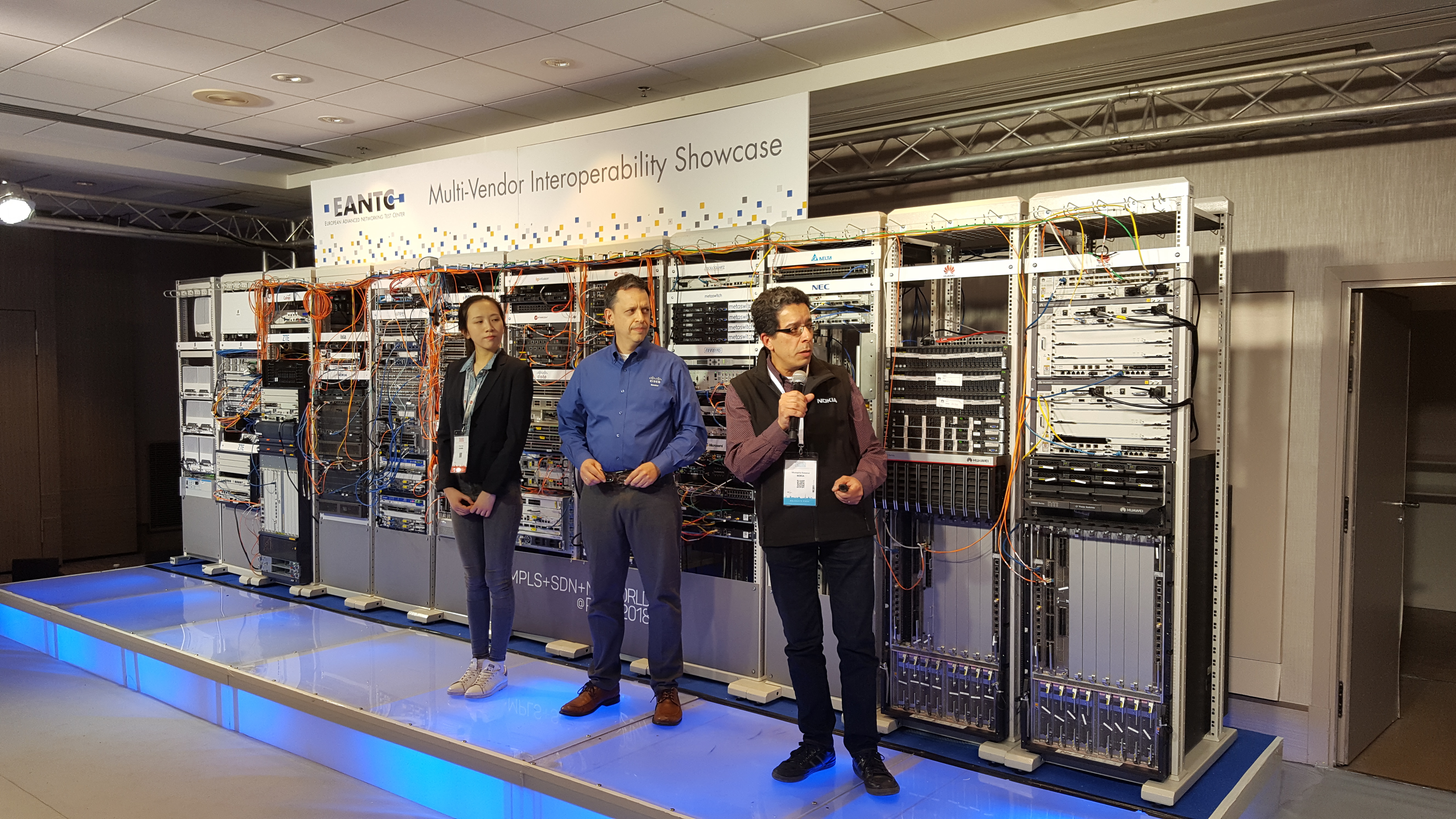 Lastly, and beyond protocol interoperability, it is important that operators consider these key aspects NOT COVERED by the report when evaluating SRTE headend and PCE implementations:

For more information, I recommend reviewing this SRTE tutorial

One of the key usecases addressed by SR is the support of brownfield deployments. Segment Routing interworking with LDP IETF draft documents several mechanisms through which SR interworks with LDP in a network where a mix of SR and LDP routers co-exist.

For scenarios where SR and LDP are available in different parts of the network, a continuous MPLS LSP in the SR-to-LDP direction leverages the so-called SR Mapping Server (SRMS) function. The SRMS is an IGP node advertising mapping between Segment Identifiers (SID) and prefixes advertised by other IGP nodes.

Highlights of Cisco’s participation on this test case include:

Segment Routing Prefix SID extensions for BGP IETF draft defines a BGP attribute for announcing BGP Prefix Segment Identifiers (BGP Prefix-SID) information. A BGP Prefix-SID is always a global segment (a global instruction) and it identifies an instruction to forward the packet over the ECMP-aware best-path computed by BGP to the related prefix.

Use cases for the BGP Prefix SID are documented in these IETF drafts: BGP-Prefix Segment in large-scale data centers and Interconnecting Millions Of Endpoints With Segment Routing.

This test case represented a first-time interop test at EANTC. Highlights of Cisco’s participation on this test case include:

Network operators require the ability to verify and isolate faults within the SR network. IETF RFC 8287 defines a set of extensions to perform LSP Ping and Traceroute operations for SR IGP-Prefix SIDs and IGP-Adjacency SIDs with an MPLS data plane.

This test case also represented a first-time interop test at EANTC. Highlights of Cisco’s participation on this test case include:

During the event, an interop issue arose among some vendors due to different interpretations of RFC 8287 concerning the IPv4 IGP-prefix SID sub-TLV length. A technical errata was raised by one of the interop participating vendors.

From its inception, Cisco has been leading the definition of EVPN at the IETF. And followed by a strong commitment reflected in our implementation across Service Provider and Datacenter product lines, the technology is deployed by network operators worldwide.

Though some may have noticed IOS XR’s absence for the past couple of years at this interop, we returned back with full-strength and showcased the advanced EVPN feature set available in Cisco ASR 9000 and NCS 5500 product families.

Highlights of Cisco’s participation on this test area include:

Also visit our external SR site to stay abreast of the latest presentations, tutorials, demonstrations and much more!!!

Interop-wise, I look forward to another successful event in 2019. In particular, I look forward to multi-vendor interest and readiness in a number of important standard-based solutions that Cisco ALREADY proposed for this year’s event; including:

But above all, I really look forward to yet another pleasant Berlin winter!!!